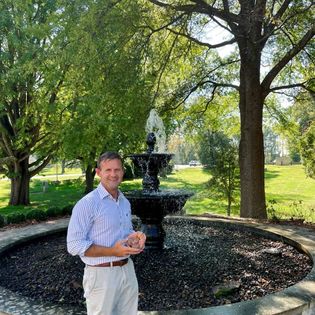 Some types of exercise impair components of cognition.

“Two experiments are reported that examine the possibility that exercise selectively influences different types of cognition. To our knowledge, these experiments represent the first attempt to study higher-cognitive processes during exercise. Theoretical thinking was guided by the transient hypofrontality hypothesis. In both experiments, athletes who exercised at a sustained, moderate pace were compared to sedentary controls on two neuropsychological tests, one that is generally regarded as heavily dependent on prefrontal cognition and one that is relatively insensitive to prefrontal operation. Results showed that during exercise performance on tests demanding prefrontal-dependent cognition was impaired, while at the same time, cognitive processes requiring little prefrontal activity were unaffected.”

“The results of the two experiments reported here provide convergent evidence consistent with the hypothesis that prolonged exercise might result in a state of transient hypofrontality.” Transient hypofrontality is a decrease in frontal lobe, particularly prefrontal cortex activity (associated with executive functions- higher order cognitive processes).

“ At the very least, these results indicate that during endurance exercise different cognitive functions are affected to different degrees”  The endurance protocols used in these experiments show different influences on different aspects of thinking.

“Although several EEG studies have already demonstrated that treadmill running of the same intensity used in the present study reduces prefrontal activity (for a review, see Kubitz & Pothakos, 1997),” It would be highly desirable to replicate the present results in a study that also makes use of physiological measures.” Additionally, other physiological measures such as optical imaging or ERP combined with other selective neuropsychological measures are needed to further explore the complex interaction between exercise and mental function”  Future studies should aim to replicate and extend these findings. A variety of measures can be used.

“The present findings and the broader theoretical framework have potential implications for the use of exercise in the treatment of depression and anxiety disorders. PET studies have demonstrated that the right ventromedial prefrontal cortex, along with the amygdala and the anterior cingulate gyrus, are hyperactive during depression (see Mayberg, 1997).”  Neuroimaging studies of individuals with anxiety disorders implicate hyper prefrontal cortex activity in  a similar manner. In obsessive– compulsive the prefrontal cortex exhibits hypermetabolism as well. “Given the analytical, emotional, and attentional capacities of the prefrontal cortex, the excessive activity is thought to generate a state of hyper-vigilance and hyper-awareness.”

“ Recent advances in psychology and neuroscience have greatly enhanced our understanding of the contribution of the prefrontal cortex to cognition. In the future, this knowledge will allow exercise scientists to ask more specific questions regarding the effects of exercise on cognition.” Specific questions including what type of exercise?- what is the measure of cognition? - is the measure acute or chronic?

Exercise- a foundation of brain health

Exercise may lead to an array of benefits regarding brain and cognitive health. The finding that some types of executive function may be negatively impacted by some types of exercise doesn’t mean exercise is bad for the brain. In fact, to reiterate, there is a plethora of research showing a range of benefits for brain health and cognitive processes. We should avoid saying or over generalizing and asserting all exercise benefits thinking, but at the same time acknowledging the range of potential benefits that exercise may offer to the brain.

Why is Exercise Good for the Brain?

Computerized brain training games and dietary supplements will make your brain healthier, and you will get smarter—according to companies selling those products. There are many products aimed at improving brain health and cognition, but research is inconclusive regarding the benefits of many of these products. So what has been shown to enhance brain functioning?

Posted by jamie hale at 8:48 AM No comments: